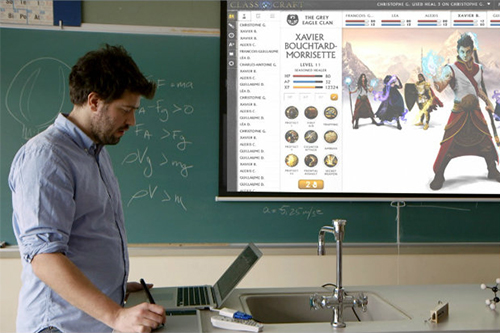 Over 7,000 children scattered across 25 countries benefit from the program’s simplified learning process. High-school physics teacher Shawn Young spent three years creating and perfecting the game. While there is a free version, another uses the payment system common to most mobile and browser-based games to let users purchase additional attributes and pets.

An AllCorrect Group team spent more than a month editing the translation, and now the game is available in Russian and ready for use in schools across the country.

Let’s look at how that happened on our end.

As you probably know, localization companies often employ computer-assisted translation tools to streamline the localization process. They make life significantly easier by offering advantages such as:

Our team did everything it could to ensure consistency in terminology and style throughout the translation.

Every student in the game selects a character, clothes, and armor, and is responsible for keeping their character alive and progressing through new levels. To do so, they have to master learning materials and beat tests for each level. That is the game’s key driver: students who previously had a tough time staying motivated to do their homework and study for tests now do so happily and voluntarily. After all, their character’s survival and their team’s well-being depend on them! Students take on quite a bit of responsibility, all while enjoying life in a simple and understandable environment they know well.

Classcraft’s mission is to transform the learning experience by using game mechanics to engage students and provide teachers with well-designed tools to do so.

In 2013, high-school physics teacher Shawn Young was searching for a new way to help his students succeed. He created a basic online role-playing game that would drastically change his perspective on engagement in the classroom. After a former student posted about Classcraft online, thousands of teachers inquired about the platform. Shawn joined forces with his father Lauren, a 35-year business veteran, and brother Devin, a creative director in New York, to make Classcraft available to any classroom around the world.