Nowadays the telephone has ceased to be just a means of communication as it was five years ago. It can now be used as a payment method, a ticket on public transportation, a key to a door, a vehicle alarm system, a dashcam, a portable computer, and even a charming conversation partner named Siri.

Mobile applications have substantially altered our way of life, and they have also helped a few people get rich.

In our research we have tried to evaluate which markets are the most promising for developers. As an example, let’s take a look at the mobile fitness app market.

Methodology for Rating the Profitability of Mobile App Markets 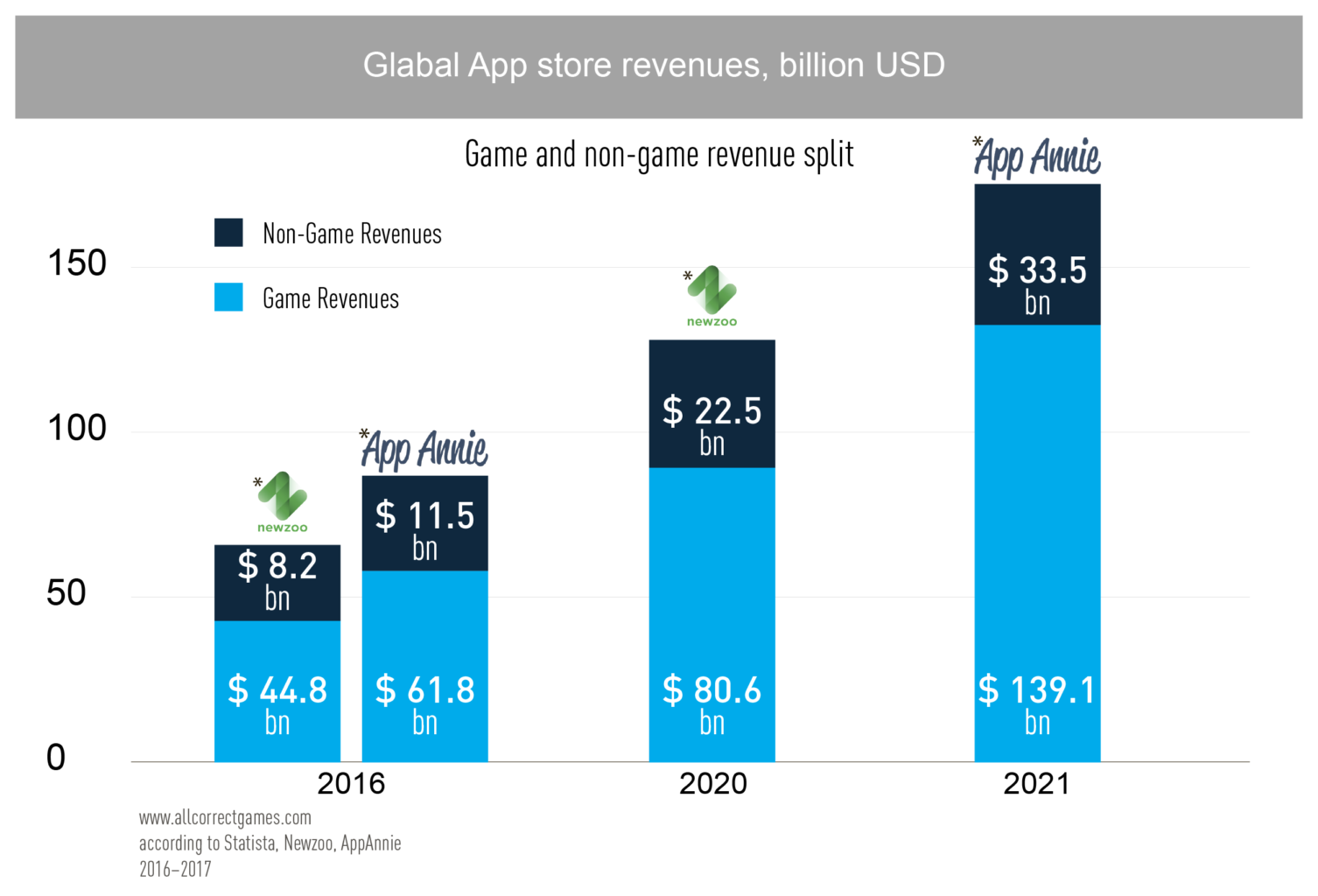 The categories of non-gaming applications by revenue in descending order are (by Newzoo):

According to data from Statista, the volume of the mobile fitness application market in 2016 was $1,778 billion, and it is expected to reach $4.1 billion in 2021. According to App Annie, in 2016 fitness apps accounted for about 15% of total mobile app revenue, and in 2021 they will account for about 12%, which is certainly not insignificant.

The mobile fitness application market is developing largely thanks to the fact that more and more people are embracing a healthy lifestyle. This is connected to the appearance of new devices that help people stay in shape, as well as the development of the Internet of Things. According to data from Go-Globe, applications in the Health and Fitness category took the second place in terms of the growth rate of time spent in them in 2015, coming in second only to music apps.

Our ranking entitled “Fitness Applications” includes fitness and nutrition apps, e.g. calorie counters, nutrition diaries, and apps for detecting/tracking/analyzing and sharing vitality and fitness achievements (e.g. Runtastic). Also included are desktop versions that additionally provide an app for the user (e.g. Freeletics). Apps that focus on specific diseases (e.g. diabetes apps) are excluded, as well as apps that do not provide any options to directly measure or analyze vitality and fitness achievements (e.g. exercise or nutrition tutorials). The user base covers paying customers only, i.e. users who pay for app downloads, premium/full versions, and/or in-app purchases. Users of advertising-funded apps are not included. The revenue figures only include revenue generated from paid app downloads, premium/full versions, and/or in-app purchases; e-commerce and advertising revenue is not included.

The statistics for these research materials of the profitability of mobile apps markets were taken from open sources, third parties and companies, with the sources indicated. Allcorrect does not take responsibility for the reliability of this data. This material is intended for purely informational purposes. Allcorrect does not take responsibility for potential losses and other negative consequences for companies or individuals who use this material for business or any other purposes.