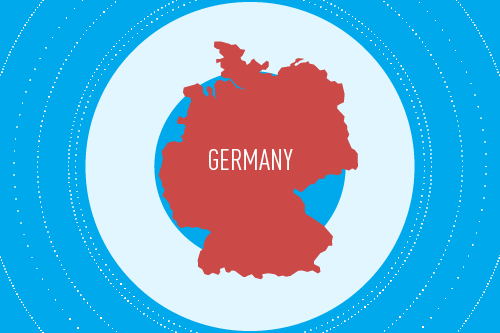 Germany, officially the Federal Republic of Germany or FRG, is a country in Western Europe. In 2016, its population was 82 million. It is the 16th in the world in terms of population (the second in Europe) and the 62nd in terms of area.

Its capital is Berlin. The national language is German. About 65% of the people profess Christianity. Germany is a great nation with a dynamically developing economy. Its GDP in 2016 was 41,895 USD per capita. Its currency is the euro.

As a world leader in the industrial and technology sectors, it is the third largest exporter and importer of goods. Germany is a developed country with a very high standard of living. The government provides social welfare, universal health care, environmental protection, and free higher education.

Germany is famous for its great philosophers, scientists, writers, and politicians, as well as the breathtaking Neuschwanstein Castle, which the Walt Disney Company has been using as part of its logo for many years. 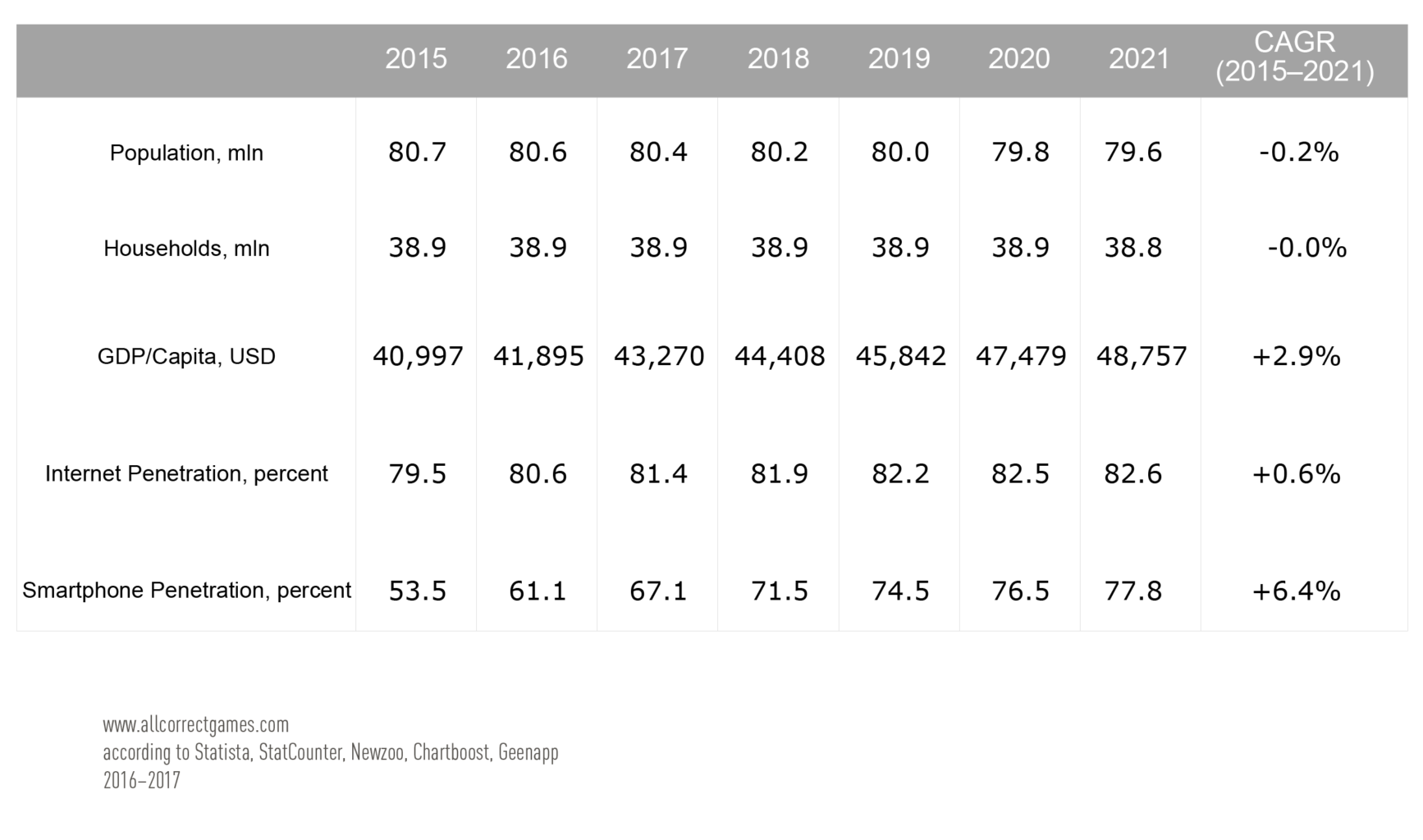 In 2016, the German mobile app market was the fifth in terms of revenue including the one got from mobile fitness apps. 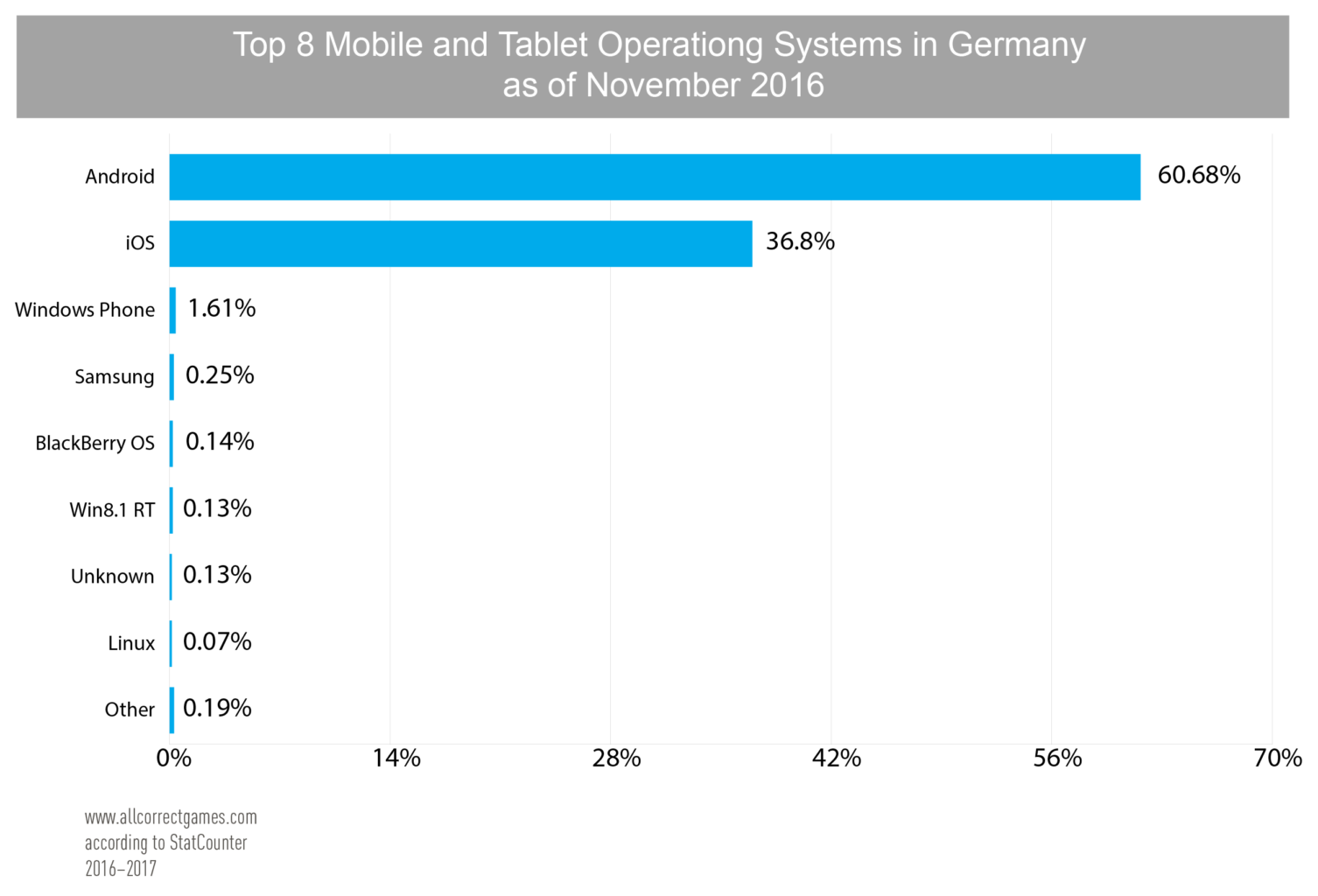 Who Is Using Mobile Fitness Apps in Germany?

The German fitness industry is enjoying stable growth and is constantly providing customers with new opportunities. In Germany, it is fashionable to be healthy, and fitness clubs have become mainstream. A person who doesn’t run straight to the gym after work is considered a weirdo. According to the research conducted by the consulting company Deloitte in tandem with the DSSV union of health care facilities and fitness centers, almost one in ten Germans (9.3%) attends a fitness center or at least belongs to one. More than half of fitness center customers (53%) are female.

Almost two thirds of the population are 20–49 years old. People over 50 make up a quarter of the total population engaged in fitness.

Research conducted by Fittkau & Maaß Consulting in 2015 showed that fitness applications were used by almost a third of German smartphone users. The apps are used equally by men and women. Fitness apps were used by almost three quarters of respondents under 20 and half of those between 20 and 29.

The most popular apps are for jogging (36.8% of smartphone users). Next up are pedometer programs (30.1%) and fitness applications (27.7% of respondents). The level of popularity of apps linked to diet and personal health is slightly lower (20%).

More than 60% of Germans also use wearable fitness devices. 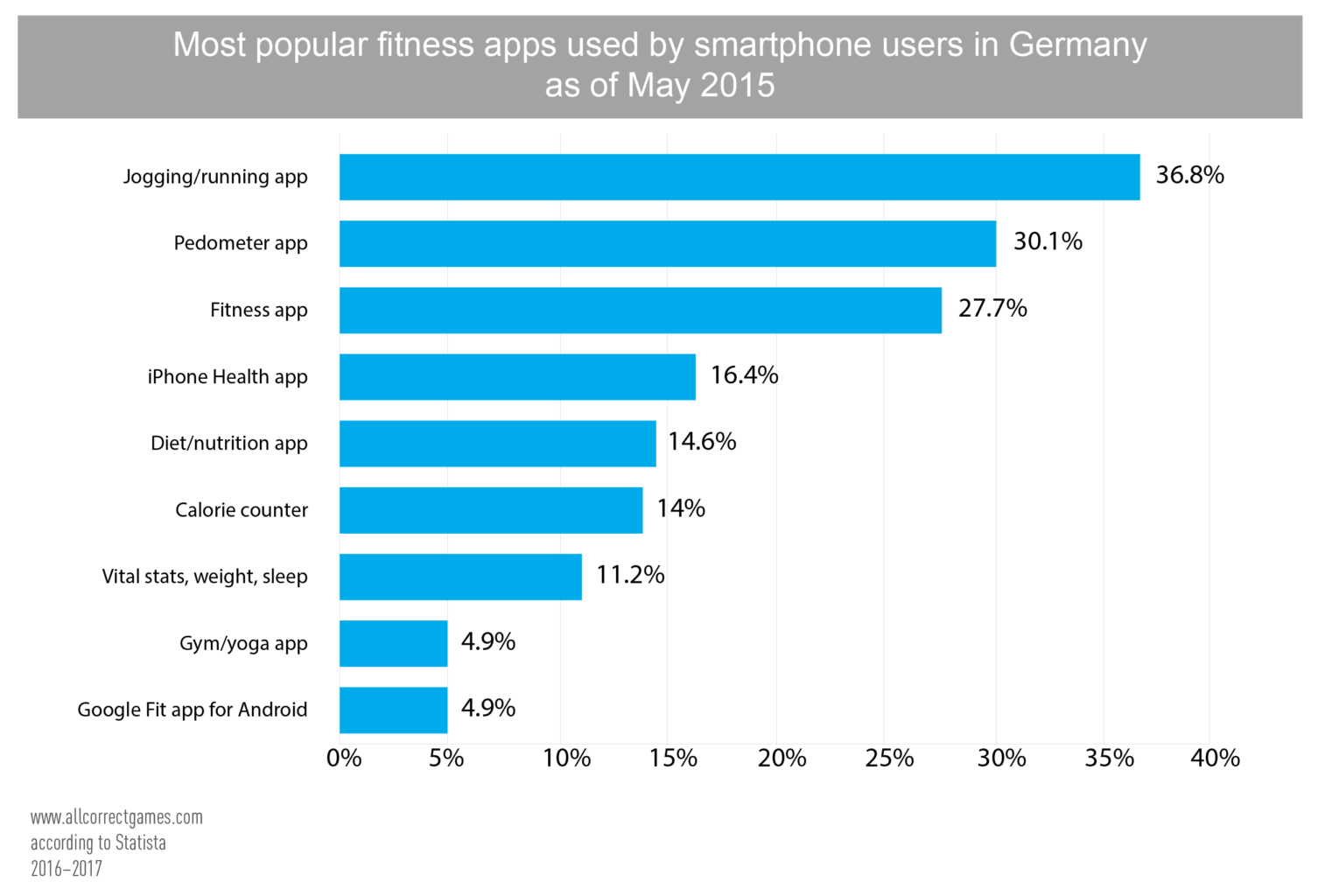 The most popular fitness applications in Germany according to App Annie

One notable application developed in Germany is Freeletics Bodyweight. It contains a system of workouts intended to develop strength, agility, endurance, overall fitness, and weight loss. According to the AppTractor portal, it is one of the hundred most profitable and frequently downloaded applications by German developers.

German belongs to the western Germanic subgroup of the Indo-European family. Its writing system is based on the Latin alphabet with the addition of three graphemes representing umlauts (ä, ö, ü) and the sharp s character (ß).

When localizing into German, it is also important to consider that the length of a text in German might increase by 5–15% depending on the source language.

It is common for a series of several short words in other languages to be translated into German as a single large compound word. For example, the English word combination “input processing features” becomes “Eingabeverarbeitungsfunktionen” in German. Such a text might be easy to divide into two lines in English while the German word cannot be split automatically.

It is also important to consider censorship in Germany.

Among other things, the following are prohibited in Germany: