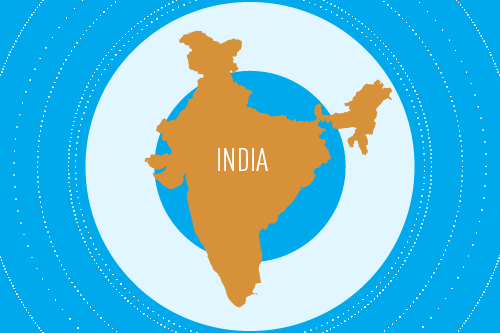 India is primarily known as the cradle of civilization. The country is famous for its colorful and diverse religions and ideas about non-resistance to evil (particularly, in correspondence between Leo Tolstoy and Mahatma Gandhi); it is famous for its spices, and also its impressive cinematography. 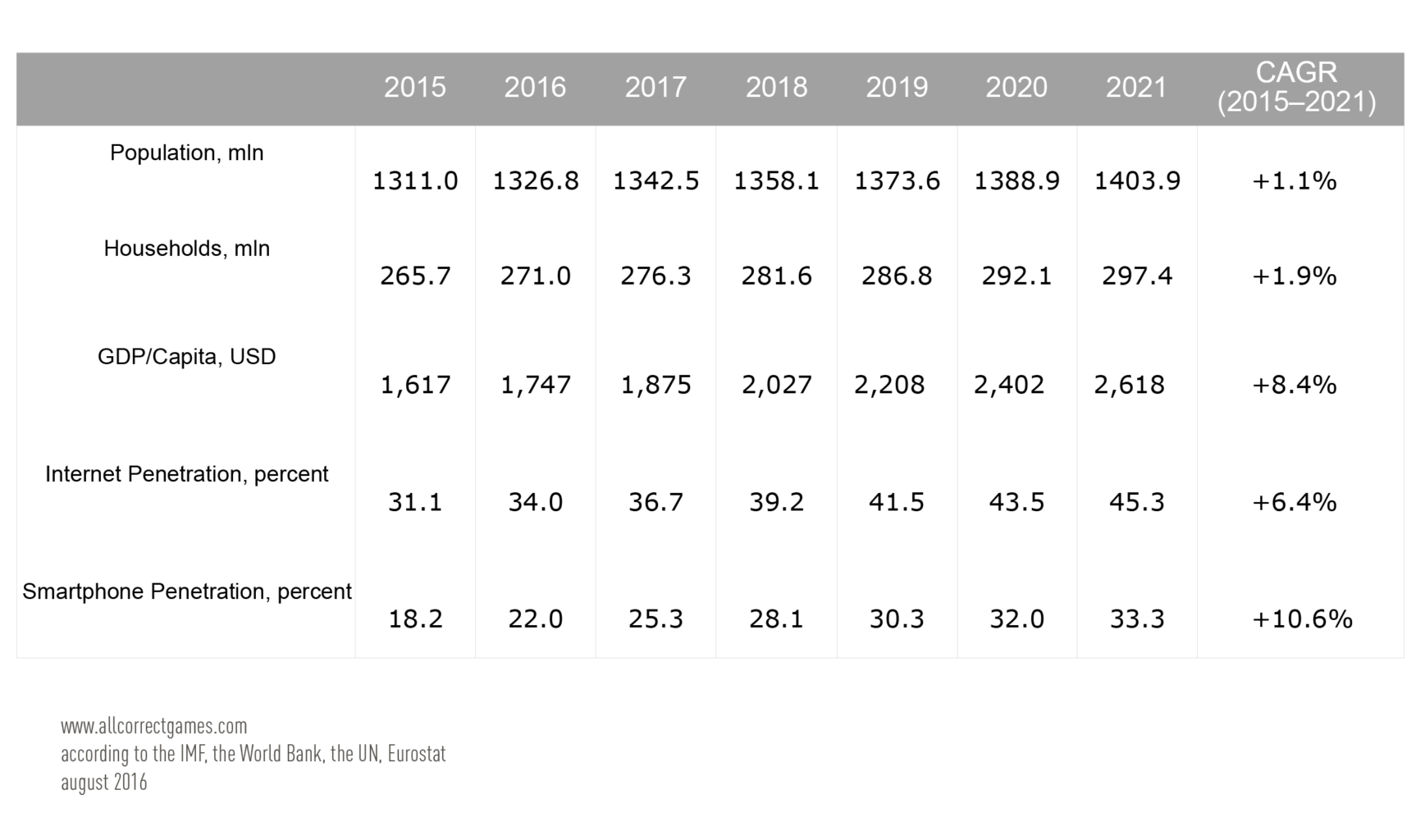 In 2016, the Indian mobile application market was in the third place in the world both in terms of overall volume, and the number of fitness applications.

The revenue from all applications in 2016 was USD 79 million, with a total of 12.7 million mobile users.

The marginal profit was USD 77.4 million.

In India, Android is the top mobile operating system (76.67%), Facebook is the top social network (98.14%), and Google is the leading search engine (93.45%). WhatsApp is the preferred messenger. Samsung is the top mobile device manufacturer (27.38%). However, when it comes to tablets, iOS devices (32.59% vs. Android’s 64.24%) occupy a sizeable portion of the segment. Interestingly, the second most popular smartphone brand after Samsung is Micromax (8.79% vs. Samsung’s 27.4%).

Sport in India is gaining momentum every year and continuing to grow. Various events are being held more and more frequently and sports development programs are being introduced.

Formula 1 races have been held annually in India since 2011. Winter sports are also developing in the country: in 2014, three Indian athletes competed at the Winter Olympics in Sochi and were named among some of the most unlikely participants of the Winter Games.

The most common sport in India is cricket. It is as popular in India as football is worldwide. The second most popular type of sport is, of course, chess. India is proud of the fact that it invented this wonderful game and spread it all around the world.

Next in the ranking of India’s sporting preferences is football. Although Calcutta is thought to be the birthplace of Indian football, nowadays the game is played all over the country. It has become especially popular in Goa and West Bengal. Another sport that is popular in India is field hockey. Historically, this game is considered a national sport. The fifth most widespread type of sport is tennis. Although the game was brought to India by the Brits, tennis took hold in the country, and among the tennis players in India there are a lot of excellent world-class professionals. The popularity of athletics is also worth mentioning. It is becoming increasingly popular in India, as demonstrated by the rise in the level of achievements among Indian athletes at various sporting competitions.

In India, sport is seen not only as entertainment, but as part of the culture, the traditions, and even as something spiritual.

According to the world health rating, India ranks 143rd in terms of health indicators. In recent years, however, the development of IT has brought healthcare in the country to a new level. Fitness apps, and apps for health and diagnosing diseases are becoming increasingly popular. According to a report compiled by PwC and Economist Intelligence Unit (EIU), mobile apps for health and fitness are having a revolutionary impact on the field of diagnostics in India, and in terms of the level of adaptation of mobile technologies, the country ranks second among developing countries. The majority of the app users are women (more than 60%). 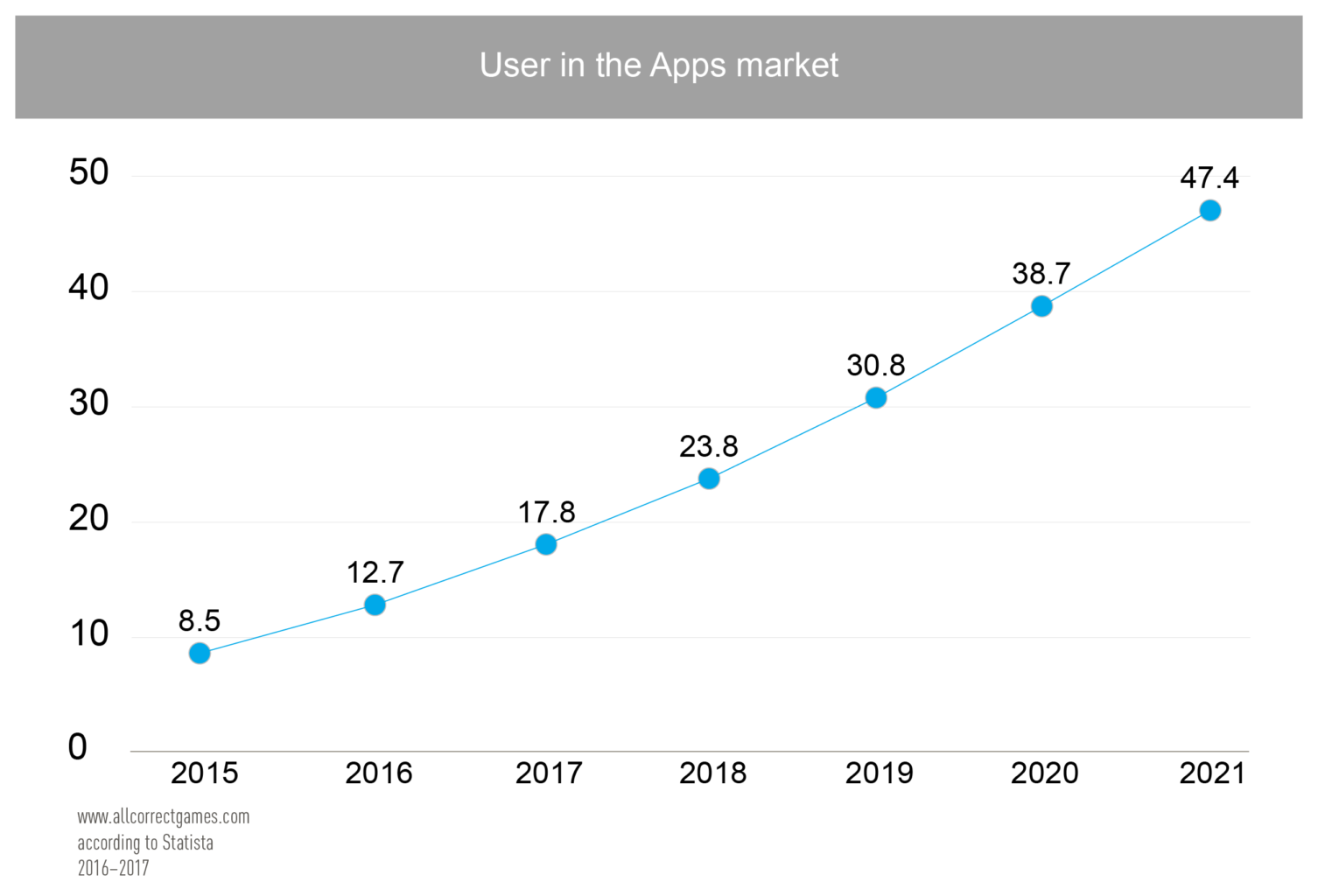 Among fitness apps, which are generally popular, there are some that have been developed in India.

ReTiSense is a mobile app for running (it analyzes indicators during a running session and helps you avoid injuries).

GetActive turns sport into a game with a reward system and competition with friends on social networks.

Healthifyme is a weight loss app developed exclusively for India and is adapted to people’s tastes and eating habits. Users have to follow a training program and instructions from PTs and nutrition specialists.

Localization into the Indian languages

English is one of India’s two official languages. It varies from region to region and is not the mother tongue of most Indian citizens. Among other things, this means that, while some users may be able to play games in English, to draw a large audience to a game, localization into the local languages will be necessary.

In 2015, it was recorded that India is home to native speakers of 454 languages. In terms of localization of apps, the five most relevant Indian languages are (list of Indian languages sorted by the number of speakers, 2001 figures):

The main languages of southern India:

Since Android 5.1.1, the operating system has been offering fonts for all the Indian languages. However, language support also depends on smartphone manufacturers. As of 2015, the following languages have typically been supported (fonts and keyboards):

iOS 9 and later versions support the following languages, including font and keyboard support:

According to a document published by the Indian government in 2014, Best Practices for Localization of Mobile Web Applications in Indian Languages, the most popular Indian languages for mobile app localization are (in no particular order):