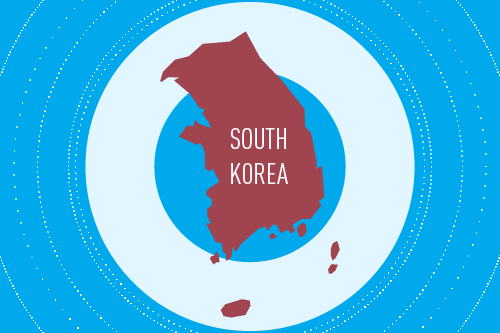 Area: 99,646 km²
Territory: divided into nine provinces, six metropolitan cities with equal status to the provinces, and one city with special status.

The Korean peninsula is divided into two parts: North Korea and South Korea. It is arguably the only divided country in the world today.

South Korea often features in political news and its economic position is largely determined by financial and industrial conglomerates known as chaebols.

Today South Korea has become one of the four countries with the best conditions for business development, and its economy is supported by mobile corporations such as Samsung and LG (according to Doing Business). South Korea attracts startups from all over the world, including developers of mobile applications, which are a popular venue for creating a business. The widespread use of gadgets and high-speed Internet make it possible to quickly evaluate the success of mobile apps and services. If Koreans like your product, you can count on getting millions of users in a couple of days. User reactions and numbers of downloads will instantly tell you how promising a mobile startup is.

In 2016, the revenue from the South Korean mobile fitness application market was 45.3 million USD.

The main mobile platform in South Korea is Android. It is used by over 70% of users. The dominance of this OS used to be absolute, but over the last few years the situation has changed. Today about 20% of the Korean audience uses Apple products running on iOS. 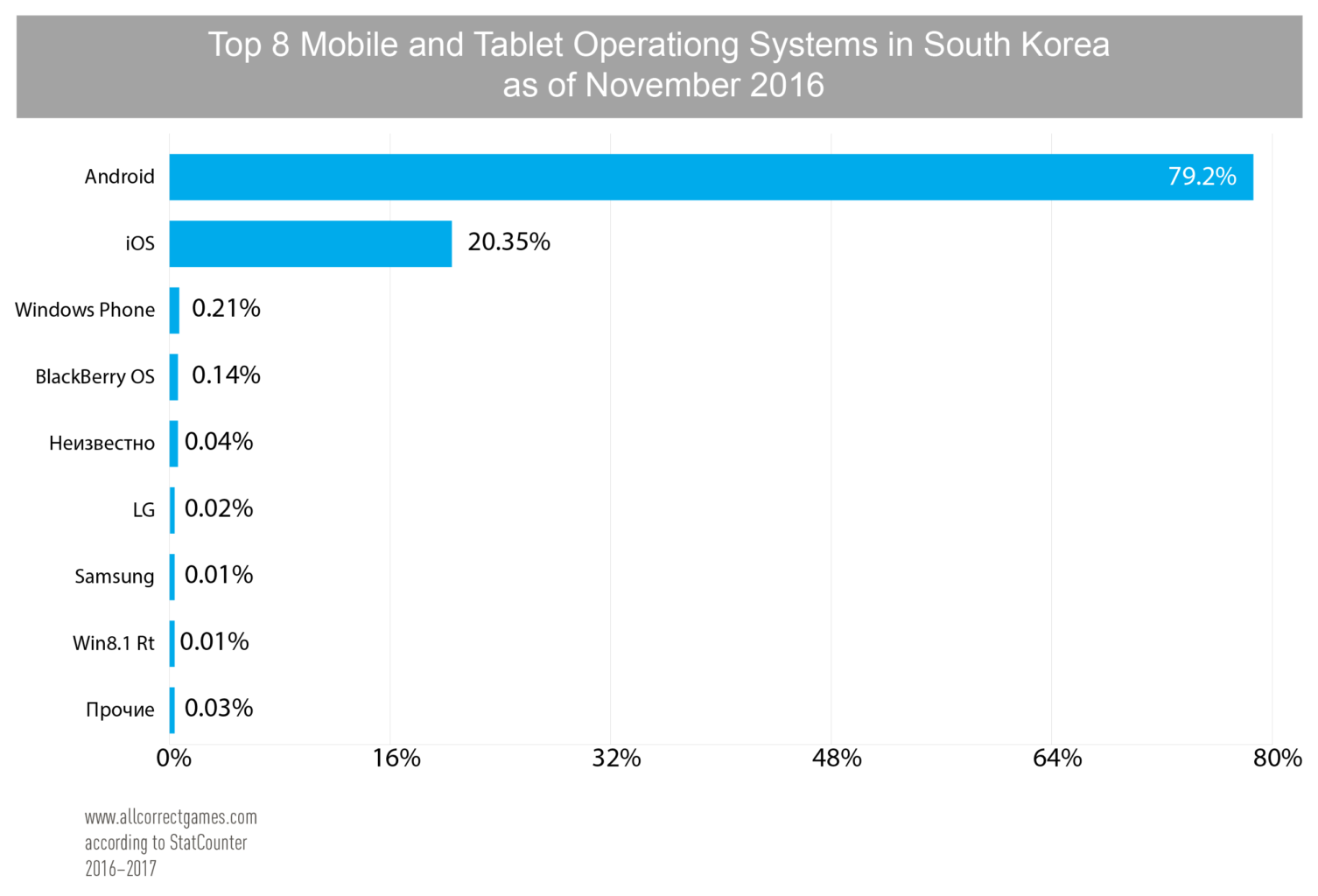 Three app stores control the lion’s share of the market: Kakao (installed on 95% of devices), the App Store, and Google Play.

Other popular application stores include:

According to StatCounter, the most popular mobile devices are from Samsung (42%) and Apple (20%). 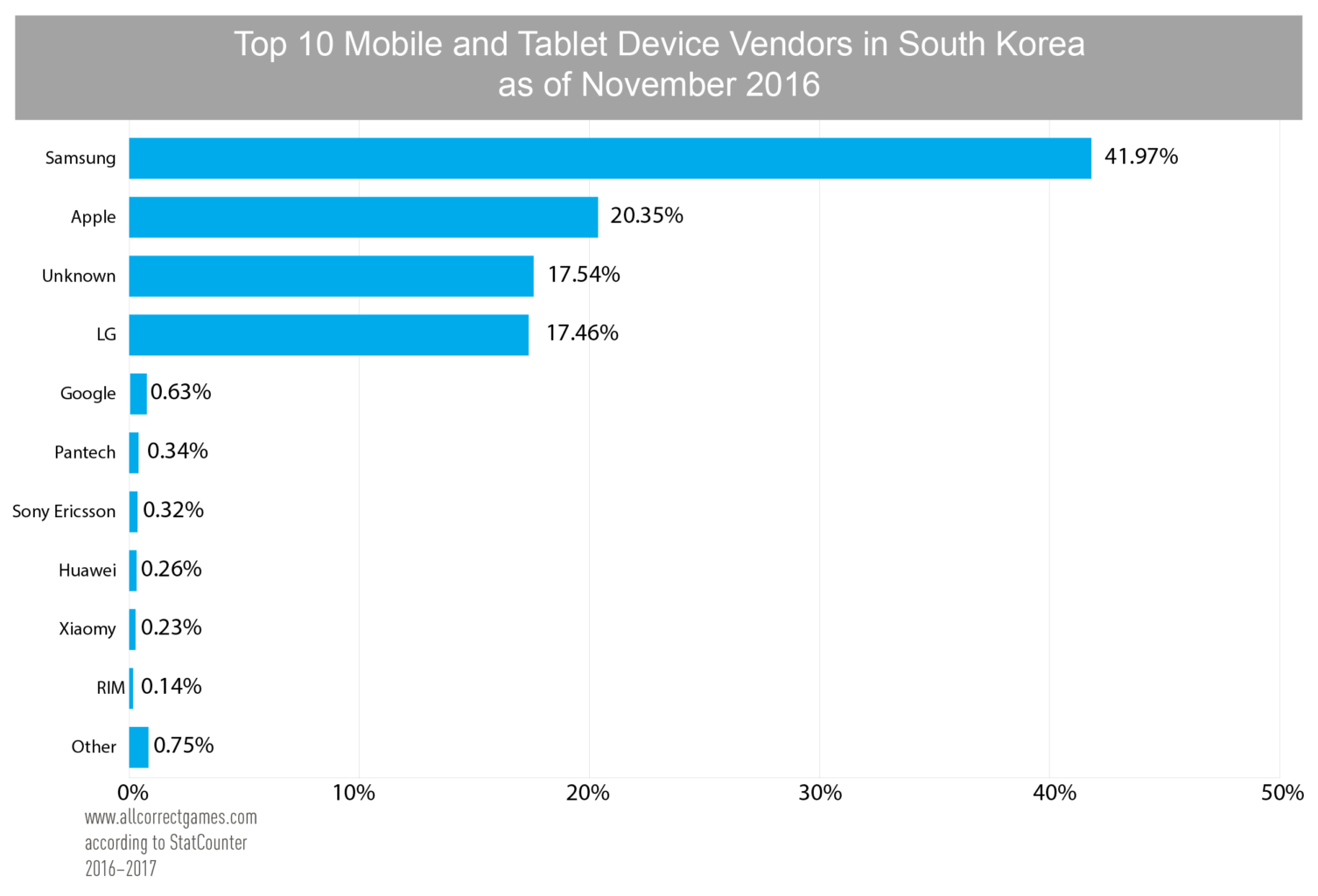 Who Is Using Mobile Fitness Apps in South Korea?

South Korea is famous for its cultural and athletic traditions. Many of these have remained unchanged since the nation was founded. For historical reasons, there are few native Korean sports, but all of them are related to martial arts: Ssireum (a Korean martial art) used to be considered a national pastime but has now become an official discipline. Taekwondo is a martial art that is popular not only in Korea, but in other countries as well. Taekkyeon is a martial art in which punches are not allowed and all blows must be dealt with an open palm; it resembles fluid, beautiful dancing. Hapkido is a new Korean martial art that permits the use of weapons.

The most popular free applications are from Korean developers and are only available in Korean.

Korean is one of the most idiosyncratic languages in the world. It is spoken by about 60 million people.

There are six distinct dialects in modern Korean: central, north-western, north-eastern, south-eastern, south-western, and the dialect of Jeju Island. With the exception of the Jeju dialect, all of them are fairly similar, and people who speak various dialects understand each other easily.

When localizing applications into Korean, it is important to keep the following traits of the language in mind:

Different styles of speech are used depending on the social position and age of the person, as well as the topic of conversation. When translating, it is necessary to pay close attention to the fact that in the Korean language there are many synonyms for certain words.