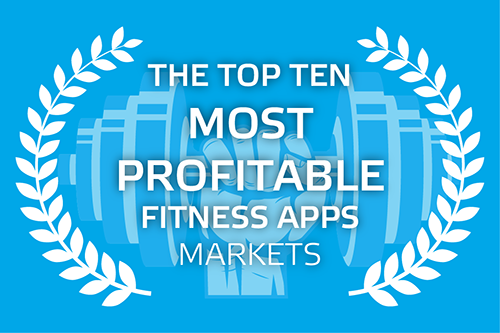 Phones are no longer simply a means of communication, like they were five years ago. Now, they help us pay for purchases. They can be used as a ticket on public transport or used as a door key, car alarm, video recorder, or portable PC. They even let us talk to someone named Siri.

Mobile apps have significantly changed our way of life, and they have also helped some to get rich.

In our second research project (after the mobile games market), we aimed to assess which markets are the most promising for developers. We took the market of mobile fitness apps as an example.

76% of revenues in the fitness app market are generated by the first 10 countries:

It’s interesting to compare the top mobile app markets with the sports activity rating (this rating is based on information from each country’s sporting events, which have their own “weight” according to special criteria: the scale of the event, its impact on the world of sport and society, participation of representatives of different countries and continents, etc.). 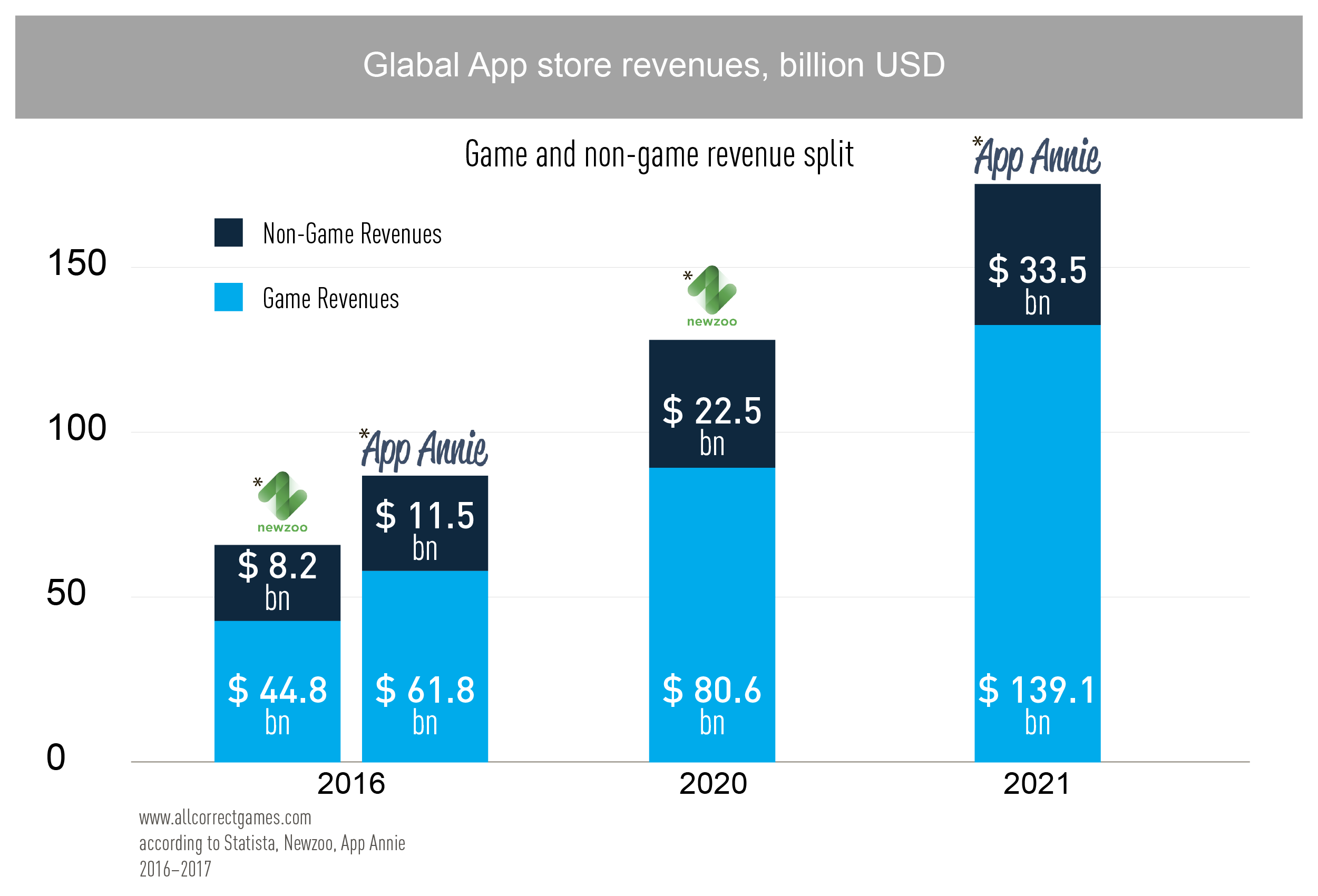 Categories of non-gaming apps in order of decreasing revenue (Newzoo):

The market of mobile fitness apps is evolving in large part due to the fact that more and more people seek a healthy lifestyle. As a result, new devices helping people stay in shape have appeared and the Internet of Things is growing. In 2015, according to the Globe-Go company, apps in the Health and Fitness category came in second by increased amount of time spent with them, giving way only to music apps.

KEY PLAYERS IN THE ONLINE-FITNESS MARKET

The main players in the online fitness market (according to Statista) are shown below. All of them are engaged in the production of sportswear and sports footwear, fitness bracelets and other gadgets that generate the main revenue. In addition, all companies have their own apps for Google Play and the App Store, which also produce additional proceeds.

Despite the fact that the market for fitness bracelets, trackers, smart clothes and watches is larger in volume than the fitness apps market, the latter is growing faster and is projected to catch up with the physical devices market in 2021.

We compared the data of four apps which regularly hold one of the top revenue positions in the Health and Fitness category in the App Store and Google Play.

1. Sweat: Kayla Itsines Fitness by The Bikini Body Training Company is owned by Australian fitness trainer and entrepreneur Kayla Itsines, number 51 in the list of the richest young entrepreneurs of Australia.

Despite the fact that Kayla didn’t launch the Android version of her app until April 2016, she managed to earn $14.56m in 2016 (more than 30% of the company’s $46m total revenue). According to Bloomberg, the Sweat app earned in 2016 more than any other app in the Health & Fitness category.

The app provides nutrition recommendations and a series of aerobic exercises in the Bikini Body Guide (BBG) to practice at home.

According to the Facebook Audience tool (data for June 2017), 99% of Kayla’s page followers in Facebook are women.

2. Calorie Counter & Diet Tracker by MyFitnessPal is the revenue leader in the shops of mobile apps among a vast list of apps of this company. The MyFitnessPal platform is owned by an American manufacturer of Under Armour sportswear and footwear.

The company’s revenue, according to the annual report, amounted to $4.83bn in 2016, and 1.6% of this revenue was from the Connected Fitness Platform ($80.447m, an increase of 66% compared to the previous year), which includes all apps of the company. $8.8m was from by the Calorie Counter & Diet Tracker app.

The app makes it easier to count the calorie content of dishes and make a plan to reduce calories for weight loss.

3. Headspace: Guided Meditation and Mindfulness by the US company Headspace. The company was founded in 2010 in the UK by Rich Pierson and Andy Puddicombe, a former Buddhist monk and meditation expert.

The Android version of the app wasn’t launched until in 2016, but the company managed to earn $5.78m by the end of year.

The app contains auxiliary materials for home meditation, nutrition recommendations and materials for dealing with depression and anxiety (especially during pregnancy).
According to the Facebook Audience tool, 70% of followers on the company’s Facebook page are women.

4. Runtastic Results: Workout & Strength Training by the Austrian company Runtastic (bought by Adidas in 2015 for $239m). The company has 20 different mobile apps, and Runtastic Results is the leader among them in terms of revenue. In 2015, the company earned €11m (according to the annual Adidas report). The revenue of the entire Adidas company was €19.291bn in 2016.

The app contains a set of exercises for working out at home without special equipment and recommendations for nutrition.

According to the Facebook Audience tool, women constitute only 45% of the official Runtastic company page followers on Facebook .

A few interesting facts about these countries in the context of mobile apps:

Localization into the languages of the 10 countries with the largest mobile app revenues will allow coverage of not only these countries, but also others (e. g. Bengali is the official language of the People’s Republic of Bangladesh). We have included Spanish in the list of languages. After English, it is the second most popular language in the USA, and it is included in the traditional localization list for EFIGS + CJK mobile platforms.