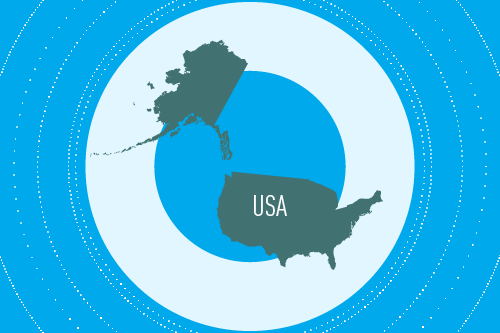 The United States of America (USA), frequently referred to as the United States (US) or simply America, is a nation in North America. It is the fourth largest country in the world with an area of 9.5 million km². It also has the third largest population at 325 million (as of 2016).

According to statistics from 2016, the US economy is the largest in the world in terms of nominal GDP (18.5 trillion USD) and the second largest after China in terms of GDP adjusted for purchasing power parity. The US has powerful armed forces, including the largest navy on the planet. It is a permanent member of the United Nations Security Council and a founding member of NATO. The country also possesses the world’s second greatest nuclear potential after Russia (based on the total number of full-scale warheads).

It is currently the world’s only superpower and wields massive influence over economic, political, cultural, and military issues around the globe.

However, the US does not have an official language, which is linked to its multiculturalism. Most citizens speak American English. 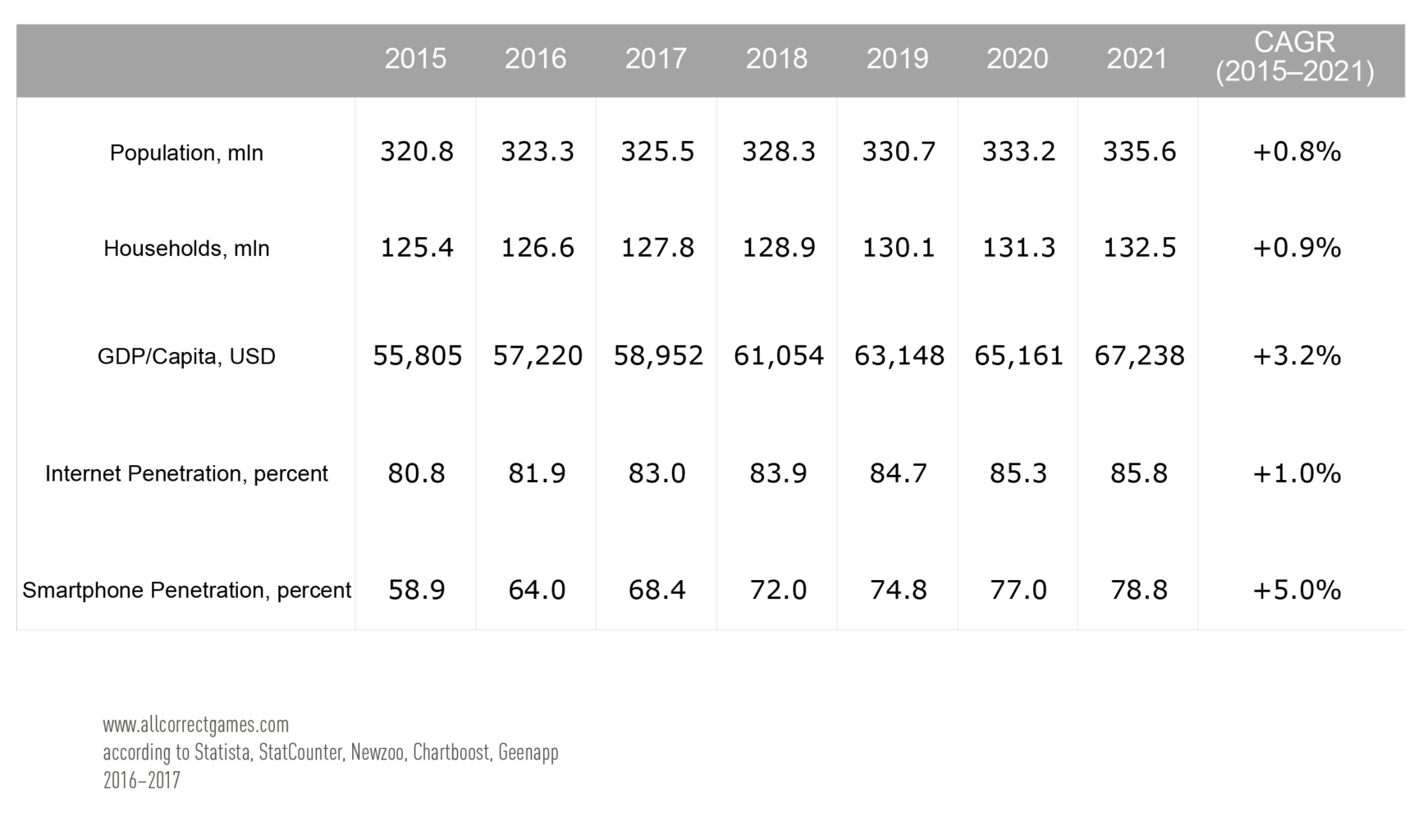 According to App Annie’s statistical report, revenue from the US mobile application market has grown by approximately 25%, whereas the world average for this indicator remains at 20%.

It is also worth noting that the US market, which is a developed mobile app market, is beginning to shift from increasing the number of downloads to supporting their active use in order to stimulate the growth of revenue.

2016 was a critical year for America. It surrendered the first place for the number of downloads of mobile applications on Google Play to India and took the third place after this country in terms of the size of its mobile application market.

At the same time, the US is unlikely to catch up to China in the battle for App Store revenue, the which indicators have reached 2 billion USD.

The primary mobile platform in the US is iOS, which is used by over 50% of users.

Mobile applications, linked to fitness and the healthy living trend, are gaining more and more popularity in America and all over the world.

In addition, America is second in terms of number of users of fitness applications, and this number is continuing to grow.

It is also worth noting that, as of December 25, 2016 the top ten free iOS apps were led by the Fitbit app from Fitbit.

This application was only in 8th place on the same ranking for Android applications.

The 7 Minute Workout app from the Canadian company Fitness Guide has also made it into the top ten paid mobile applications on iOS.

If we look at the top ten fitness apps, we will see that Fitbit and 7 Minute Workout, which were mentioned above, occupy very stable leading positions for iOS devices.

As for the top ten fitness apps on Google Play, Fitbit is also among the top three places in the ranking, whereas 7 Minute Fitness breaks into the top rankings for paid mobile fitness apps in late December

Also of interest is the fact that these two applications are not among the top ten highest-grossing applications on either Google Play (Fig. 1) or the App Store (Fig. 2).

The peculiarities of localization into American English: 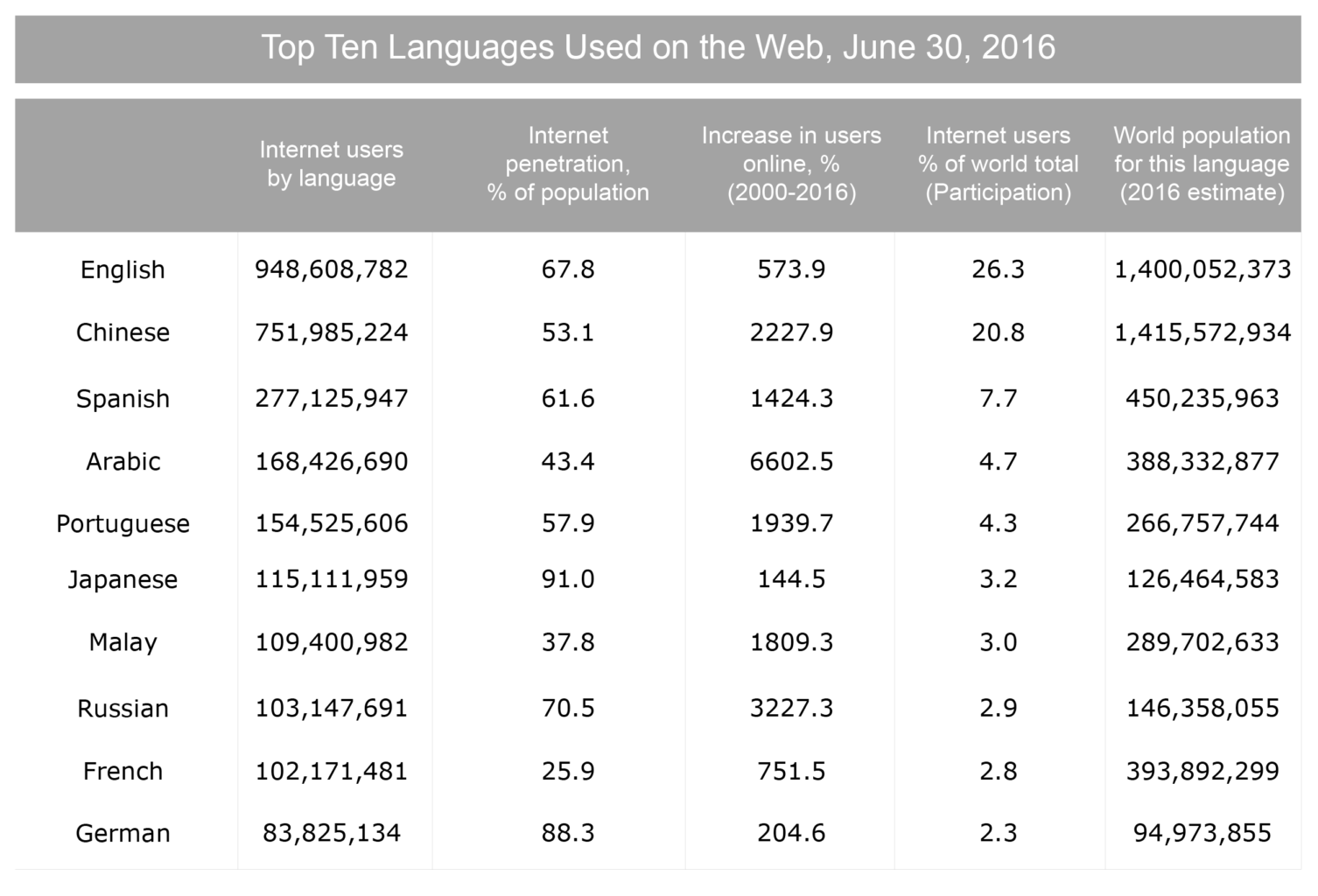 There can be no doubt that English still occupies the leading place on the list of localization languages despite the increase in native Chinese speakers. However, if you decide to localize your application, you will certainly be faced with a choice as to the dialect of English you wish to use. It might seem like English is English, but this is far from the truth, since there are quite a few differences between British and American English.

Here are a few of them:

You have probably heard plenty of references that terms and expressions can have different meanings in British and American English.

For example, in the UK they refer to the season as “Autumn,” but in America they call it “Fall.” Here are a few more examples: a “Yard” is a “Garden” in the UK and a “Truck” is a “Lorry.” The words “Plimsolls” (sneakers) or “Off-license,” which are familiar to Britons, mean nothing to Americans.

American English tends to focus on more simplified grammatical structures typical of classical English. For example, in British English the present perfect is used when discussing actions in the past whose result occurs or is experienced in the present. In American English either the present perfect or simple past can be used in this context. Here is another very familiar example: using the verb form have got (BrE) to indicate that you have something, whereas in AmE both options are possible,  have and have got, although as a rule most people say have.

In addition, American and British English spell certain words differently: “colour” (BrE) and “color” (AmE), “localisation” (BrE) and “localization” (AmE). These distinctions might seem insignificant, but they can also work against you in certain circumstances. For example, if an English people go to a website that speaks American English, they might consider it to be a platform that just isn’t for them.

For example, in spoken American English shortened forms of certain word combinations are very common. For example, “gonna” (going to), “wanna” (want to), and “gotta” (got to).