Age of Conan: Hyborian Adventures is published in Russia 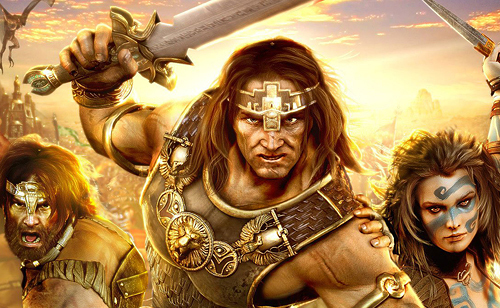 Sales of Age of Conan: Hyborian Adventures, a massively multiplayer online role-playing game localized into Russian, kicked off on February 20, 2009. 1C published the game in Russia, while the translation, composed of over 900,000 words (about 3,000 pages), was handled by All Correct. The team was made up of 20 people, including translators, editors, and proofreaders. But before the translation even began, some 150 potential candidates were thoroughly vetted and tested, supplementary materials were compiled for the translators, and a glossary as well as special guidelines were drawn up.

Everyone who participated in the project gets a big thanks from us for the selfless and professional work they put in under tough time constraints! We would also like to express our appreciation for Dmitry Kurochkin, the project manager All Correct assigned to the translation, and Olga Petrova, game-localization director at 1C.

Age of Conan: Hyborian Adventures was released in the summer of 2008 for English-speaking audiences. Today it trails only World of Warcraft as the second most popular massively multiplayer role-playing game. The action takes place in the Hyborian Age, a fictional period within the artificial mythology created by Robert Howard in his tales of Conan the Barbarian. The official site of the Russian version is http://ageofconan.1c.ru/.